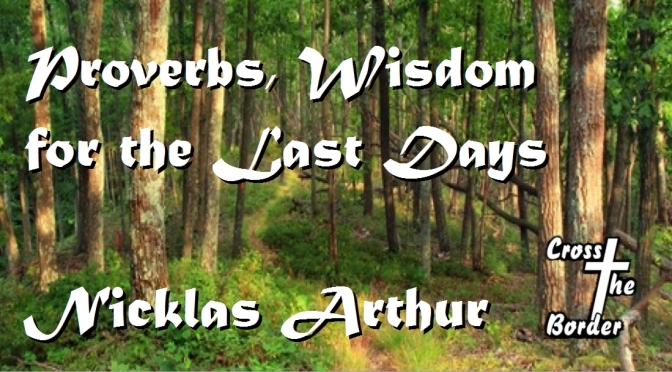 To know wisdom and instruction; to perceive the words of understanding; To receive the instruction of wisdom, justice, and judgment, and equity; To give subtilty to the simple, to the young man knowledge and discretion. A wise man will hear, and will increase learning; and a man of understanding shall attain unto wise counsels: To understand a proverb, and the interpretation; the words of the wise, and their dark sayings. The fear of the LORD is the beginning of knowledge: but fools despise wisdom and instruction. (Pro 1:2-7)
-mp3 audio-
Right to Travel and Declaration of Repentance

Pope Francis just released his first 2016 video message Tuesday, calling for all faiths to come together. Subtitles on the bottom of the footage claim “most of the planet’s inhabitants declare themselves believers”, suggesting that based on that belief, there should be a dialogue between people of different religions. The pope is shown requesting collaboration with “those who think differently”, but meet God in “different ways”. The video, complete with patriotic sounding music, shows Christians, Muslims, Buddhists and Jews declaring “I believe in love” and then coming together as they proclaim their belief in God, or “confidence in Buddha”. It was put together by the Jesuit global prayer network, Apostleship of Prayer, to highlight the Pope’s prayer intentions for the month.

The book of Revelation describes a ‘great harlot’, or a false, one-world religion will be prominent during the end times, led by a ‘false prophet’.

POPE FRANCIS EMBRACES ALL, ATHEIST AND HOMOSEXUALS AS WELL…
PROTESTANTS NEED NOT APPLY. THE PROTEST IS NOT OVER.

WHAT YEAR IS IT?
The Empire of the City – The Unholy Trinity that Rules the World

Send the Left to China Where They Belong