Unto Adam also and to his wife did the LORD God make coats of skins,

Adam and Eve stood before their High Priest having just received their death sentence, thou shalt surely die,[1] accompanied with the several curses that would be upon them and their offspring after being forced from the Garden of Eden. But this High Priest did not leave them without hope, their redemption and that available to all mankind would come through the Seed of the Woman.[2] Though not explicitly stated, but rather demonstrated by the animal skins that were given to them, in place of the inadequate covering of fig leaves which they had covered themselves with, a sacrifice was necessary to provide those animal skins. Without the shedding of blood there is no remission of sin.[3] The blood of the animals was only a type, a temporary covering, looking forward to the seed of the woman who would Himself allow His own blood to be shed, acceptable to God and a permanent sacrifice, once for all by their Redeemer and the Messiah of Israel.

It is further demonstrated by the story of Cain and Abel that the sacrifice was not only done for Adam and Eve at the first event but that it was taught to them by their High Priest and subsequently passed down to their children. Abel was a keeper of sheep[4] for the purpose of the commanded sacrifice, because the sacrifice was not only a departure, but also an exception to the vegetarian diet prescribed for mankind on the sixth day of the creation account.[5] If indeed the sacrifice was not instructed, how could it be that Cain was disobedient by offering vegetables instead? Fig leaves or animal skins, like vegetable or animal, the parallel is evident. The inference is again clear, without the shedding of blood there is no remission of sin.

Also not explicitly stated in the Genesis record but clearly inferred by Eve’s proclamation at the birth of Seth (which name means substitute), For God, said she, hath appointed me another seed instead of Abel, whom Cain slew:[6] They were looking forward to the promised redemption which they believed was or would come through Abel, but now hoped to come by Seth. These discerning parents absolutely knew that the promised seed would not be of Cain. The scripture also confirms of the linage of Seth, then began men to call upon the name of the LORD.[7] So the righteous seed line of Seth continued to the Messiah.

The next allusion to the sacrifice is the differentiation between clean and unclean of the animals when Noah was commanded to load the Ark.[8] Then Noah shortly after the flood built an alter and there offered a sacrifice of only the animals that were declared clean, and yes the sacrifice was eaten. Thereafter, God speaking to Noah, authorized the eating of that same clean meat as a regular part of their diet “even as the green herb,” so no longer exclusively for the sacrifice.[9] But a warning followed against the wanton shedding of the blood of animals which God himself said he would personally hold to account, but the death statute for the shedding of the blood of man God would require at the hand of his fellow man.

Further demonstrated by the sacrifice or burnt offerings made by several of the patriarchs on the scriptural record we understand that some form of the sacrificial system was part of an oral tradition before it was codified in the Exodus by Moses. In the Exodus God gave Moses instructions for a portable tabernacle for the priest tabernacle sacrifice system that served National Israel until Solomon built the temple envisioned by his father David about 830 BCE, to which the sacrificial services were transferred. The first Temple stood until about 586 BCE when it was destroyed by the Babylonians.

Israel went seventy years in exile without a temple to pay a Sabbath debt to their God. The Second Temple was built as prophesied and stood for about 500 years, beyond the seventy weeks determined for the people and the holy city.[10] Yes, the temple stood until forty years after Jesus was crucified, and the desolation determined was poured out upon the desolate.[11]

The people of the prince that shall come shall destroy the city and the sanctuary:[12]

With this prophecy being fulfilled to the letter about 70 CE, the Jewish people lost their Temple again, and the words of Jesus remain true until this very day:

And they shall fall by the edge of the sword, and shall be led away captive into all nations: and Jerusalem shall be trodden down of the Gentiles, until the times of the Gentiles be fulfilled.[13]

Now it’s the Roman Year 2017, and there are Jews back in the land of Israel, but we will not here retell the events which brought this about. We also know that Israel won back the territory which encompassed Jerusalem during the aggressive act of several surrounding nations during the six day war in 1967. However Israel did not act to immediately seize the Temple Mount nor destroy the several Islamic edifices extant, so that the prophetic words of Jesus still stand true. The Gentiles (other nations) continue to trod down Jerusalem and specifically the Temple Mount creating the most difficult roadblock to building a Third Temple.

[1] But of the tree of the knowledge of good and evil, thou shalt not eat of it: for in the day that thou eatest thereof thou shalt surely die. (Gen 2:17)
[2] And I will put enmity between thee and the woman, and between thy seed and her seed; it shall bruise thy head, and thou shalt bruise his heel. (Gen 3:15)
[3] And almost all things are by the law purged with blood; and without shedding of blood is no remission. (Heb 9:22)
[4] And she again bare his brother Abel. And Abel was a keeper of sheep, but Cain was a tiller of the ground. (Gen 4:2)
[5] And God said, Behold, I have given you every herb bearing seed, which is upon the face of all the earth, and every tree, in the which is the fruit of a tree yielding seed; to you it shall be for meat. (Gen 1:29)
[6] And Adam knew his wife again; and she bare a son, and called his name Seth: For God, said she, hath appointed me another seed instead of Abel, whom Cain slew. (Gen 4:25)
[7] And to Seth, to him also there was born a son; and he called his name Enos: then began men to call upon the name of the LORD. (Gen 4:26)
[8] Of clean beasts, and of beasts that are not clean, and of fowls, and of every thing that creepeth upon the earth, There went in two and two unto Noah into the ark, the male and the female, as God had commanded Noah. (Gen 7:8-9)
[9] Every moving thing that liveth shall be meat for you; even as the green herb have I given you all things. (Gen 9:3)
[10]Seventy weeks are determined upon thy people and upon thy holy city, to finish the transgression, and to make an end of sins, and to make reconciliation for iniquity, and to bring in everlasting righteousness, and to seal up the vision and prophecy, and to anoint the most Holy. (Dan 9:24)
[11]And he shall confirm the covenant with many for one week: and in the midst of the week he shall cause the sacrifice and the oblation to cease, and for the overspreading of abominations he shall make it desolate, even until the con-summation, and that determined shall be poured upon the desolate.(Dan 9:27)
[12](Dan 9:26)
[13](Luk 21:24)

This Article is an excerpt from ch.1 of When The Third Temple Is Built. 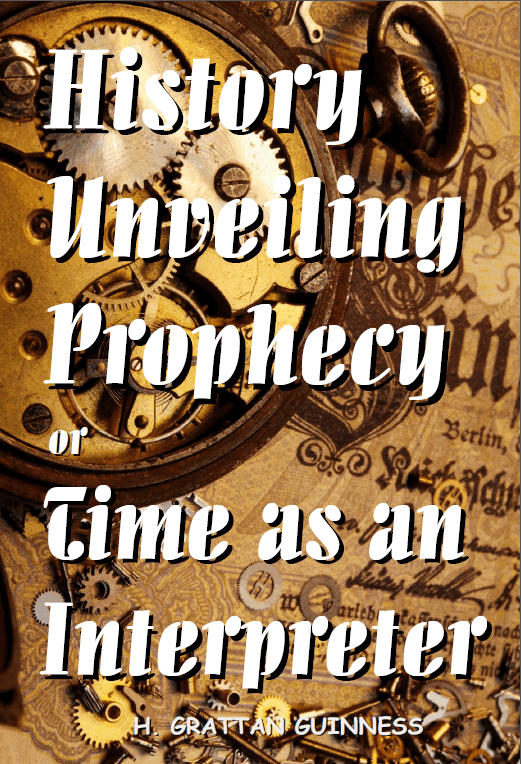