“The Last Prophecy” was the abridged version authorized by E. B. Elliot himself. The editors of this revised version humbly admit the primary credit to E. B. Elliot and those who went before us in this great work.
[click on image to purchase the paperback]

I attended a small town church with a friend of mine… There was no bible reading. There was no congregational singing or worship. The sermon was just okay. The theater, which had no windows was darkened just before the show began. Three congregants stood on the stage and sang three Hillsong type pop songs to an instrumental background track. The concert, and the idea that we were supposed to participate, though we could not even hear ourselves, was very uncomfortable. If it was on the radio, I would have turned it off. I decided I would read my Bible instead, but it was too dark. So we simply sat there, endured, as the nearly motionless, emotionless trio came to the end of the concert. We sat right up front – the other 20 regular congregants all sat in the back half of what was easily a 1,000 seat theater. The young pastor stood, not on the stage where the singing group labored, but at a portable lectern right in the isle almost between the the first row of benches where we were sitting – awkward. They had hymnals in the pews, I was hopeful. Perhaps the congregational worship would come at the end – it never came. Something was not quite right – I just couldn’t put my finger on it. At the close we engaged several people who seemed very friendly. We were invited to come again next week as they were having a communion brunch. Intrigued, we agreed. END_OF_DOCUMENT_TOKEN_TO_BE_REPLACED 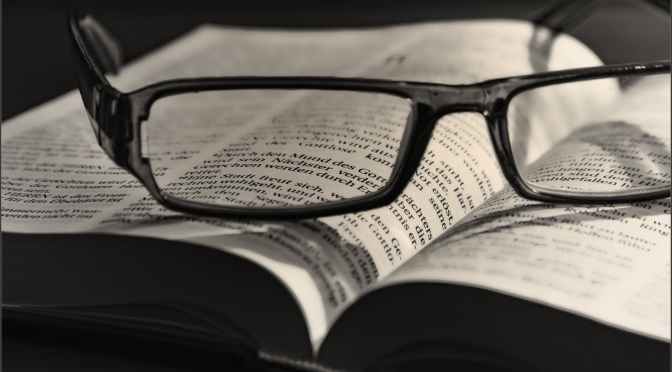 The authority of Scripture is a key issue for the Christian church in this and every age. Those who profess faith in Jesus Christ as Lord and Savior are called to show the reality of their discipleship by humbly and faithfully obeying God’s written Word. To stray from Scripture in faith or conduct is disloyalty to our Master. Recognition of the total truth and trustworthiness of Holy Scripture is essential to a full grasp and adequate confession of its authority.

END_OF_DOCUMENT_TOKEN_TO_BE_REPLACED

One Saturday in April this year, I and my neighbor Mark visited a torah school and farm in Tulare county. We toured their farming operation then attended their Saturday Sabbath celebration which was held in a large tent, then followed by a shared potluck style meal. We sat for the meal with Bryan Barnes the Director, and discussed the operation, goals and details of the ministry, Growing In Torah. Several times Bryan used the phrase “when I found Torah” when giving his testimony.

So I asked him, “Bryan, I noticed several times you used the phrase you ‘found Torah’, could you tell me what you mean by that?” He went on to explain, that to him, Torah refers to everything from Genesis to Revelation as he held up his Bible. So I threw out several questions on works based salvation, Sabbath keeping, election, etc. We agreed that works follow salvation, day keeping is totally voluntary, and God is both the author and finisher of our salvation. This seems contrary to most of what passes for Hebrew Roots Torah groups. Bryan went on to admit that there is much error in the movement. END_OF_DOCUMENT_TOKEN_TO_BE_REPLACED

-There has always been a true and Holy Spirit interpretation of the Word of God. This interpretation will ring true throughout history unchanged, and be verified by it. This is where we must start when looking for the best interpretation of the apocalyptic portions of the scripture. We must look in history for that which stands the test of time; that which agrees with the word of God, and history has proven to be true.
-This method of interpretation: Historicism, has been much maligned by the counter-reformation intrigue of hidden history and the Dispensational speculation of an end time Antichrist power, that has no place in history at all, but which has unfortunately been accepted as truth by the majority of the evangelical world.
-Because of this, the Historicist method of interpretation has become almost completely forgotten over the last century, even by Protestants, in the face of a method that is based almost entirely upon future speculation, rather than fulfilled prophecy in history.
-Perfect companion to my previous book Reformed Prophecy Interpretation for your reference library.

Verse one: The Revelation of Jesus Christ, which God gave unto him, to shew unto his servants things which must shortly come to pass;

We have read from the Gospels that of the return of Christ, no man knows, not even the Son, but the Father alone![1] It is apparent here, that nothing remains hidden from the Son, the Alpha and Omega, the Beginning and the End: for God the Father has given this revelation to Him, to shew unto his servants things which must shortly come to pass, beginning immediately upon its delivery at the end of the first century.

Those things which were formerly hidden will be revealed shortly as they begin to come to pass. Like a lamp to our feet and a light to our path, the church will clearly see in the history to unfold that which is immediately in its path, but only if it had seen the path behind which led to where it is in the present. Without seeing from whence we came, how shall we know where we are at, if we have lost the path?

[1]Mark 13:32 But of that day and that hour knoweth no man, no, not the angels which are in heaven, neither the Son, but the Father.

END_OF_DOCUMENT_TOKEN_TO_BE_REPLACED

Rev. 20:1 And I saw an angel come down from heaven, having the key of the bottomless pit and a great chain in his hand. 2 And he laid hold on the dragon, that old serpent, which is the Devil, and Satan, and bound him a thousand years, 3 And cast him into the bottomless pit, and shut him up, and set a seal upon him, that he should deceive the nations no more, till the thousand years should be fulfilled: and after that he must be loosed a little season.

We have here, the binding of Satan for a thousand years, in which he should deceive the nations no more. The power of Satan was broken in part at the first century by setting up of the gospel kingdom in the world, the church that Jesus said that he would build; it has been further reduced at various epochs in various temporal kingdoms, tolerating or becoming Christian; it was yet further broken by the termination of the 1260 year reign of the Antichrist; “but still the serpent has several heads, and, when one is wounded, another has life remaining in it. END_OF_DOCUMENT_TOKEN_TO_BE_REPLACED

Ammilenial: We are living and reigning with Jesus right now. Amillennialism is the early, correct view of the early church fathers. It is the only position that can be reconciled through scripture. God bless you in your work brother. Be well

Prophecy Reality: 1. Amil did not ascend until the 3rd century, so not the view of the early church fathers. 2. Like dispensational futurism, amil is constructed solely upon conjecture, as there is no explicit statement in the scripture supporting it. 3. To the contrary, premil is the only position explicitly supported by the scripture, and that by the plain reading of the text at ch. 20 of the Revelation. Thank you for your kind words.

END_OF_DOCUMENT_TOKEN_TO_BE_REPLACED

seven year tribulation is derived from in the scripture itself, though it happens to be the host period of every key event that differentiates their view from the historical position.

The Seven Year Tribulation Deception
There are two foundational scripture passages upon which the futurist seven-year tribulation is based: