[Print-International]  [Print-US]  [pdf]  [e-pub]  [postal]
..Most of the Evangelical and Christian world today believes that the Coming of Christ is imminent and that they will be Raptured away before all of the calamity of the entire Book of Revelation ensues during the very last seven or three and a half years of this era, a period of Great Tribulation unlike any other in the History of the World.
..As the world around us shapes to confirm that we are indeed in the time of the very end, many are beginning to look deeper into the Bible and more specifically the prophetic passages of Jesus, the epistles and the Revelation. This has caused many to lay down the Pre-Tribulation Rapture Doctrine because of the shaky ground on which it is founded. What I found out is that the error and deception goes much deeper than one would think upon entering this sojourn.
..So please take a break, let go and seriously consider the things that I expose in this continued investigation into the false as well as the unknown or forgotten interpretations of Bible prophecy. This book is by no means a complete expose of Bible Prophecy, but merely a teaser, an appetizer, to induce you to look where the mainstream Christian world is not looking. May The Almighty bless you as you seek a Holy Spirit interpretation of His prophetic passages.
—–When The Third Temple End—–
Get both pocketBook editions,When The Third Temple Is Built and The Rapture Will Be Canceled for $30
—–The Rapture Will Be Canceled—–

[Print-International]
[Print-US]
[pdf]
[e-pub]
[postal]
The RAPTURE will be CANCELED. Exposing the Left Behind Rapture Deception: Some may even regard as conspiratorial, the mainstream re-release of the Left Behind Movie with Actor Nicholas Cage portraying the main character as an attempt to further reinforce in the minds of all, this perception of biblical prophecy in order to condition the masses for the play about to begin… look inside.
—–The Rapture Will Be Canceled End—–
Get both pocketBook editions,When The Third Temple Is Built and The Rapture Will Be Canceled for $30 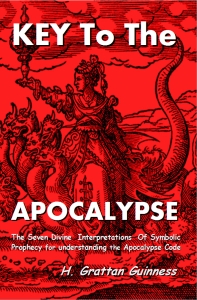 ..It is an unquestionable fact that the intimately related prophecies of Daniel and John contain seven divinely given interpretations, and it is evident that these must constitute the only infallible basis of exposition. “In building on them,” as we state in chapter 3, “we build not on the shifting sands of human opinion, but on the stable rock of revealed truth. Without such a foundation no interpretation of Daniel and the Apocalypse can be secure and trustworthy, as resting upon divine authority, but can only stand on begged principles and mere human conjectures.”
..The basis on which we build is divine interpretation. The plan of this book is as follows. After a brief introduction the seven divine interpretations are set forth in ch. 3, in ch. 4 the historical fulfillment of the seventh and last of these; and in ch. 5 we use this last interpreted and marvelously fulfilled vision (that in Rev. 17) as a Key to open the remaining visions in the Apocalypse, “for such is the connection of the various visions in the book, that the opening of its central vision is a manifest clue to the meaning of the whole”
—–Key To The Apocalypse End—–

“The Last Prophecy” was the abridged version authorized by E. B. Elliot himself. The editors of this revised version humbly admit the primary credit to E. B. Elliot and those who went before us in this great work. With great trepidation we have sought to bring up to date the last several chapters hereof with the same method of which we hope Mr. Elliot would approve were he present. You will come away with a fresh and very compelling view of the Book of Revelation and an overview of the greater work from which the text is derived. “Horae Apocalypticae” (Hours with the Apocalypse) is doubtless the most elaborate work ever produced on the Apocalypse. Without an equal in exhaustive research in its field, it was occasioned by the futurist attack on the Historical School of interpretation. Begun in 1837, its 2,500 pages are buttressed by some 10,000 invaluable references to ancient and modern works.

Save with pocket book editions here
please leave a reviews at:
When the Third Temple is Built
The Rapture Will Be Canceled
The Last Prophecy, Horae Apocalypticae 2015
Key to the Apocalypse

A Women Gets Her Contact Tracer Certificates and Tells All

Get Out of the Left/Right Dialectic